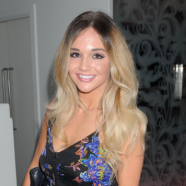 Riva may not be a name that is known yet, but it soon will be.  Not only is she stunningly beautiful, her amazing vocals are deep and her brand new track Lose My Mind will have you singing it for weeks.

This pretty songstress beat hundreds of others in a competition to win a prestigious record contract and record her EP at London’s famous Abbey Road Studios.  Last year she sung at the Sundown Music Festival with Boy George’s musical director John Themis, alongside many famous faces including Ellie Goulding and Neon Jungle.

Now her brand new single Lose My Mind will be available to pre-order on iTunes on August 31st.   Riva’s exciting pop single was just released with a sexy new video this week and with fans like Music Week single, it looks like Riva will be a name on everyone’s lips.