There is no denying the thrill of seeing your favourite flick on the big screen, taking your mind off every day life and getting lost in the film.  But with more demands on us with work and every day life, do people even have time to go to the cinema or has the digital age simply taken over?  With the incredibly fast speed of mobile and tablet devices we have access to in today’s society, everything is available at the click of a button. However, with the busy schedules that seem to consume our lives, have we moved into a time where ninety minutes is just too long to sit and watch a film? Is short really the new long?

For filmmakers, short film gives them the chance to create great cinema for a smaller budget and gain experience in the craft.  But is finance the only reason they choose this medium or is it because you can enjoy a wonderful story in less time than it might take you to travel to the cinema? 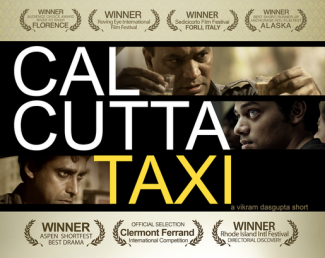 Filmmaker Vikram Dasgupta’s decision to make his award winning film ‘Calcutta Taxi’ a short film wasn’t down to choice, he was offered a deal by Bravo that he couldn’t refuse and reduced the film length accordingly.  “Fortunately my story had three lead characters and the way it was structured was about how the characters intersected each others lives and eventually found there respective story arcs and pay offs. It also meant the opportunity for an indie filmmaker like myself to get funding for my ideas to get made. It was a sort of a litmus test to see if the story would fly.”

“It was a sort of a litmus test to see if the story would fly.” Vikram Dasgupta

For Vikram it isn’t just about budget, but the freedom of being able to try things out stylistically or structurally.   Money saving is also a factor that could entice the viewer; if the film costs less to make, it costs less to watch. However, there is more to these films than time saving; the quality of films has increased drastically, that now filmmakers are making big budget style films, as shorts.

Not only are they timely, they are easier to access and take a lot less memory to download to a portable device.   Short films are simply more convenient, being easily available online and on-demand.

Philippe Andre producer and director of the short film ‘Delicate Gravity’ shares “I chose this medium because it is the perfect one to develop any sort of idea.”  Andre also feels “Short films are 100 meters and movies are marathons. Even for the audience. It’s more immediate. The journey is shorter and it’s very exciting.” To ensure the audience fell in love with the characters in this award winning film, he couldn’t make it too short.  “In my film, Delicate Gravity, it’s first a very simple idea of a message left to the wrong person on an answer machine. But I’ve made a kind of complex short film with interesting characters. The film needed 30 minutes to achieve that.”

“Short films are100 meters and movies are marathons.” Andre Phillipe

Are shorts the new long?  Yes, if you want to enjoy a quality film in less time, on the bus, on the tube or at home.  If you don’t have much time to spare, but want to escape for a while – short films could be the way forward. 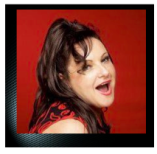