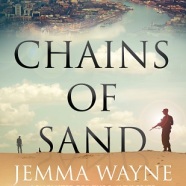 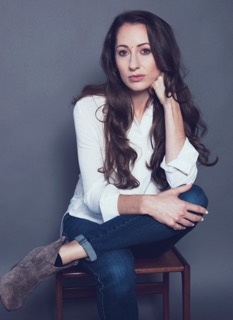 ‘A terrific novel by an accomplished writer, and deserves to cause a stir, with its brutally topical setting and the frank, poignant and bitter-sweet stories of its main characters. Loved it, and would strongly recommend it.’ Edwina Currie

What makes someone up and leave their life to join a conflict in a foreign land? How can we navigate a world where people of different race and religion are forbidden from love? What does our identity or country really mean in a world that is imploding? These questions are explored through lives of two men, one desperate to leave Israel and the other destined to return, and a secret love affair in the heart of war-torn Jerusalem.

Udi, a 26 year old veteran of the Israeli Army, Daniel an apathetic London banker and star-crossed teenagers Jewish Dara and Muslim Kaseem will reveal the complex human story from behind the media headlines.

Chains of Sand explores racism in Israel, anti-Semitism in Britain, deep-rooted hatred, and the struggle of four families dealing with the prospect of letting their children sacrifice everything they know for everything they want. It explores the importance of feminism within religious conflict and how women search for truth and rationality, where men rush to extreme positions.

Politically engaged from a young age, Jemma Wayne graduated from Cambridge University with an academic scholarship for her achievements in Social and Political Sciences, before becoming a journalist and author. Jemma comes from a creative family, where her father is the composer Jeff Wayne who wrote the musical ‘The War of the Worlds’, based on the HG Wells novel, her brother Zeb Wayne is an acclaimed DJ and her sister is the actress Anna-Marie Wayne.

Jemma’s first novel, After Before, was published by Legend Press in 2014. It was long-listed for the Bailey’s Women’s Prize for Fiction, the Guardian’s Not the Booker Prize and was short-listed for the Waverton Good Read Award. Jemma’s writing is regularly featured in the Evening Standard, Independent on Sunday, Jewish Chronicle and she is a columnist for The Jewish News and a regularly featured blogger at The Huffington Post. Jemma Wayne’s first non-fiction title, Bare Necessities – a tongue-in-cheek guide to being a grownup – was published by Piatkus Books in 2004. Her play, Negative Space, ran at The New End Theatre, Hampstead, in 2009 to critical acclaim. Jemma lives in North London with her husband and two small children.