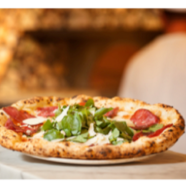 Posted by Editor on November 24, 2016 in Charity, London Events | Leave a comment

Going against the grain this Black Friday, Franco Manca has announced it is donating £1 for every pizza sold at its Westfield restaurant to the Shepherds Bush Families Project & Children’s Centre. The restaurant will also be encouraging pizza lovers and bargain hunters alike to give their saved pounds to the in-store charity box.

Instead of heavy discounts and bargain deals, Franco Manca will be donating funds to the local charity, which provides help to families who are homeless or have other unmet housing needs, and suffer social and economic hardship.

Sandro Spahiu, Operations Manager at Franco Manca, said: “We are a firm believer in giving back to the local community and as the new kid on the block in Westfield, we have been deeply touched by the work of Shepherds Bush Families Project & Children’s Centre and its efforts in relieving the poverty and distress.”

Tina Mayers, CEO at Shepherds Bush Families Project & Children’s Centre, said: ”We work with families and children who live in poor quality overcrowded properties, some of them not eligible for housing assistant due to asylum status. We rely on grant aid and donations to continue our work with families and children, so we are very honoured to be partnering with Franca Manca to help raise funds to this great cause”.