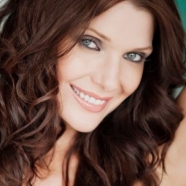 Posted by Editor on September 12, 2014 in Charity | Leave a comment

Sadly for the second time in lest than 18 months Jules Wheeler’s father has been diagnosed with cancer, having undergone gruelling chemotherapy last year for lung cancer, which almost took his life, they decided to look for alternative treatments for his current chest cancer and were just staggered when they found a treatment on offer in Germany which offers a good chance of helping to curing him.

This natural cancer treatment does not come cheaply [and is not funded by the NHS] so along with a few other friends and Arsenal fans (Christian Sweeney, Adam Thackeray, Fardowsa Mosse and Richie Davies) as well as an ex-player (Lee Harper), they have decided to raise the money ourselves by undertaking the National Three Peaks Challenge in October. That consists of climbing 3 mountains, in 3 countries…all in 24 hours!!!

That consists of climbing 3 mountains, in 3 countries…all in 24 hours!!!

Please donate to this worthy cause here:  http://www.bmycharity.com/JulesWheelerAndFriends