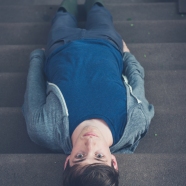 Posted by Editor on December 12, 2014 in Comedy, London Events | Leave a comment

This year’s Fosters Newcomer Winner – New Yorker, Alex Edelman makes his Soho Theatre debut with his award winning show ‘Millennial’. He was also voted by Comedy Central as one of the comics to watch in 2014 and has supported Simon Amstell on tour both in the UK and in the US.

A recent college graduate, Alex Edelman is twenty-five. That fact on its own doesn’t tell you a lot, but these days, it actually means quite a bit. It means that, in comparison to other generations, he’s more likely to be multi-racial (he’s not), in favour of gay marriage (he is), Chinese (he’s not), and a college graduate (he is, and really, that’s kind of what the show is about).

In 2014, being twenty-five means that Alex fits squarely into an age group people in the United States refer to as “Millennials.” Millennials are anyone born between 1983 and 1999, and to advertisers and journalists both; they’re the most puzzled-over and sought-after generation group. Brands sell to them in the dumbest and most irritating ways. For Alex, like many of his peers, it’s been a tumultuous couple of years since college. He’s had a cancer scare, a few jobs, some fights with customer service representatives, before settling into where he is now, a full-time comedian.

More than once, and in more than one platform, Alex has been labeled as someone who represents these Gen Y-ers. In some ways he is. He’s joined online dating, and owns a malfunctioning smartphone and mulled over getting a tattoo. But can you really generalize and entire generation? To figure out exactly how alike he is to his generational cohorts, Alex took a test to figure out how he measures up. This is what he found out.

THE CRITICS ON HIS AWARD WINNING SHOW:

“Millennial is a strong self-assured debut”

“I fondly imagined this was what it might have been like to watch Jerry Seinfeld when he was in his early 20s. There is no greater praise than that.”

“a young comedian on the cusp of greatness”

“it’s hard not to immediately fall in love with him…beautifully crafted, politically charged and confident comedy…we’re left wanting another hour of material”

“the most striking things about Edelman is how effortless he makes it look, in the same vein as Rory Scovil and Jerry Seinfeld, only with the punchy assertiveness of Lenny Bruce”