The nHow Hotel is situated right in the heart of the city, perfect for a fun night out, a business trip or a romantic night or three! From the moment you step into the nhow hotel, you will be in awe of the sumptuous surroundings and whilst it is certainly quirky, the hotel also has […]

LIFESTYLE – MADE WITH LOVE & PLANTS COOKBOOK

Join Tammy Fry in her mission to live a happier and more energetic lifestyle through plant-based eating. The Made With Love and Plants cookbook not only presents more than 75 wholefood, plant-based recipes but it also provides detailed yet easy-to-follow guidance on living the plant-based lifestyle. The recipes shows a full range of meals from […]

Founder of Harley Street & Chalfont St Giles, Imperial Aesthetics clinics imperialaesthetics.co.uk and Aesthetician, Dr. Daniel Hunt, (who is fast becoming the industry rising star due to his impressive non-surgical treatment expertise) reveals the top 3 tweakments we need to have now before a second lockdown. Cheek Filler Time before top-up: Up to 12 months […]

Another week and another members bar/club opens the big smoke. Over the years the capital has seen more than its fair share of Eurotrashy, Arabian, flashy, East End shabby member bars open and close at the rate of knots of a super yacht! What does successful club owner Mark Alexiou (Pangaea) have to offer us […] 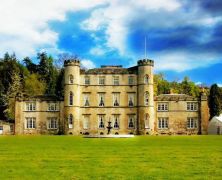 ESCAPE LONDON – Feel like a princess at Melville Castle in Edinburgh, Scotland

I am half Scottish, so it is almost a sin that it has taken me so many years to visit Scotland for the first time. My Scottish father grew up in a castle and I have always wanted to stay in one, so to visit beautiful Scotland and stay in a stunning castle crossed off […] 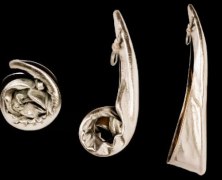 FASHION AND BEAUTY – Party in heels, walk home in Rollasole

Ladies, we have all been there, spent a night partying on the town in hot high heels and limped home in the same high heels.  Heels really make an outfit and most women feel sexy wearing them, but after a night standing or dancing in them we all pay the price.  Even taking them off […]

Now, Whiskey is probably not the drink of choice for your average girl about town to hit up, mostly reserved for the more suave gents we know milling about with cigars and chatter at the end of a night. So I was intrigued to get this invite to sample some of the whisky cocktails that […] 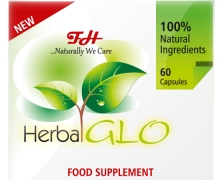 HEATHY AND BEAUTY – at last an all natural treatment for skin, hair and nails – Herbal Glo

Herbal Glo has already caught the attention of Harley Street Doctors who have begun recommending Herbal Glo as the only natural product for various Skin, Hair and Nail conditions ranging from Hair loss to Acne to Eczema and Psoriasis. The product itself was recently tweeted by actor Akie Kotabe who confessed “I gotta say, been […]

I run two businesses and work many hours, so like many Londoners with hectic lives ‘me time’ usually comes last on my list.  There does not seem to be enough hours in the day, but I know relaxation is just as important as any work schedule.  Massage is a proven way of releasing stress and recharging our […]