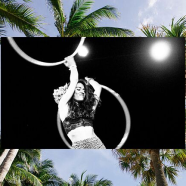 Posted by Editor on August 2, 2016 in London Events | Leave a comment

The Hoxton, Shoreditch is embracing Olympic fever in a big way this summer and will be bringing the colour and spirit of the games to London by way of Hox de Janeiro: a Brazilian-inspired pop-up in The Garden for two weeks in August.

Hox de Janiero will run from 5th-21st August, offering not only a place to watch all the games, but an array of Brazilian-inspired events and activities too, hosted throughout the duration of the pop-up in The Garden, The Den, The Library and Living Room spaces.

Hoxton Grill will be creating a bespoke food and drinks menu for the 3-week pop-up, with tropical fruits for breakfast and barbecued cuts for dinner, Cachaca cocktails and Brahma, a Brazilian beer. Hox de Janeiro will also welcome food writer, acclaimed chef, and BBQ expert, Laoise Casey for a one-off supper club on 9th August.

Aside from screening all of the games, there’ll be plenty going on. Samba and hula hoop classes, cocktail master classes, Gymbox surfing classes and more will be held in The Library and Living Room; Brazilian swimwear brand, Sixty Ninety and AMO Jewellery, will be hosting sample sales in The Den on Saturdays; and there’ll even be a Brazilian beautician taking appointments in the bedrooms, getting you fixed up for your summer hols with the finest Brazilian waxing.(Yep, we’re really getting into the spirit of things).

Grab a Caipirinha, your salsa shoes, and let the games begin. We are ready.

The Hoxton is a series of open house hotels inspired by the diversity and originality of the streets and scenes that surround them. The Hoxton has never just been about offering a bed for the night, the hotels are more than that: providing a place where guests can hangout alongside the locals, and submerse themselves in the neighbourhood with vibrant, welcoming public spaces and an eclectic programme of events (Hoxtown). The first Hoxton opened in Shoreditch (2006), followed by The Hoxton, Holborn (2014) and The Hoxton, Amsterdam (2015). Future projects include Williamsburg, Paris, Southwark and Chicago.