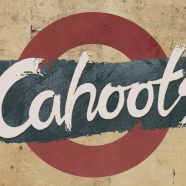 Posted by Editor on December 30, 2015 in London Eateries | Leave a comment

Just Opened London unveiled the winners of their second annual awards this morning, celebrating the best of London openings in 2015.

The year saw comfort food reign, with openings such as Chick ‘n’ Sours, Shackfuyu and Foxlow getting mentions. Dinerama and Shackfuyu spearheaded a confident move in hospitality from the pop-up to the ‘permanent’: Dinerama gained a glass roof for winter and Shackfuyu – the year’s strongest pop-up – has reopened for good.

This is not simply a list of great-tasting food and drink – these are the openings we’ll take with us into 2016 as the best and most memorable, from another vintage year of openings.

We’re delighted to see comfort food reign! And congratulations to our overall winner, Dinerama, who challenged the notions of pop-up street food in 2015.”

You can see all the results on Just Opened – http://www.justopenedlondon.com/jolawards2015-top-10-overall-openings/

RUNNER UP: THE IVY

BULL IN A CHINA SHOP