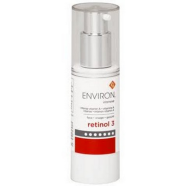 Posted by Editor on September 18, 2015 in Uncategorized | Leave a comment

If you recall in my first article I discussed how using intense acne creams, such as Retin A, as a teenager conditioned my skin for later on in life. When I used it to treat my severe acne it acted as a chemical peel and l resembled a leper as my skin was literally falling off my face. But over time and continuous use I built up a tolerance to the retinol and could finally reap the rewards of my perseverance.   Many years later, when I was developing aging skin, I discovered that I could use Retin A in its strongest form, and it didn’t burn my skin, but instead, helped to rejuvenate it.

Retinol is the only product on the market that can help reverse sun damage and help with those lines and wrinkles. It’s been independently tested and verified by universities etc, and not those ludicrous L’Oreal claims with 8 out of 10 cats that saw a visible improvement after being treated. There are many products on the market that contain Retinol, and I will tell you which ones I like and which ones that I swear by.

The best product of all is, of course, the original Retin A. It is, however, too intense for most women’s skin, because it’s thinner and more sensitive than men’s. I love it but will only use it very sparingly, and no more than three applications per week. I will not use it in combination with any products that contain glycolic acid, another favourite ingredient of mine that I will discuss in my next article. Retin A is unfortunately not a viable option for most people as it is primarily an acne cream and requires a prescription from your GP. And because it makes your skin hyper photosensitive, I recommend a factor 50 sunblock. To be honest, I get really annoyed with these moisturisers that contain SPF15, a sunblock factor that is so low as to be completely useless and let’s be honest, wouldn’t protect a coconut in the sun!

Now cosmetic manufacturers are also aware of the wonderful properties of retinol, and so they launched a milder version of Retin A, specifically targeted for aging skin and not acne. The problem with most of these versions is they are just too gentle and thus ineffective. The conundrum for the manufacturers is that the Retin A levels required to actually make a significant difference are just too harsh for the average skin. Thus the levels that they dispense in their creams are often too low to achieve the required result. Products such as RoC and again the aforementioned L’Oreal just don’t cut the bacon so to say! For many years the only products that could actually do something actually noticeable were initially only available to professionals in salons.   However, not all was lost; Boots pioneered a product called Protect and Perfect that contained enough retinol to help stimulate the collagen in skin to actually reduce sagging and reverse mild sun damage. And even better, it was endorsed by the BBC science programme Horizon and scientifically proven to work by independent researchers at Manchester University. For many years I actually swore by this product, but as I got older my skin needed something more intense. I was fortunate enough to get my hands on the original Retin A, but inconveniently, it had to be imported from America.   I wanted something I could get from my local beauticians. Then my South African partner introduced me to a South African skin range called Environ; a product developed specifically for the harsh South African climate. Now if Environ can reverse damage from the African sun, then a sun-starved pale Brit could only benefit.

The principal product I use in the range is the actual Retinol 3 serum. I love serums. Forget those creams that cling to a fantasy. Just apply your serum under any cheap moisturiser. A moisturiser is just a moisturiser at the end of the day. Aqueous cream or original Nivea, either will do. Do not be fooled by Creme de le Crap! I bought my Environ from Harvey Nichols for £38, a salon might be more expensive so check first. As my skin is so well accustomed to full strength retinol by now, the assistant allowed me to start with the strongest version, which is usually discouraged until the customer’s skin has gotten used to the stripping nature of the product.   It is recommended that you use it just once in the evening, but I can handle both morning and night.   Just after a few days of using it, everyone asked me if I had had more botox! And the answer was no, but I was using a new brilliant product that actually works!

There are, of course, other excellent retinol products available such as Medi8, so go out and try them and see how your skin reacts. I strongly recommend you use them no more than 3 times a week, and have a very simple moisturising cream, without AHA’s or other acids, such as glycolic or salicylic acid, that could cause a volatile reaction on your skin. You may, over time, increase your usage of the product to every day, or like me to twice a day, and have skin as tough as rhino’s hide that looks and feels like a lamb’s!