Tag Archives: Eating out in London

I have to confess when it comes to tapas bars I was am somewhat hesitant with my enthusiasm, as I am not really being a fan of the dishes I have experienced thus far.  So I turned up to the venue with my other half, anticipating we would be exiting the evening hungry!  I really wasn’t in the […] 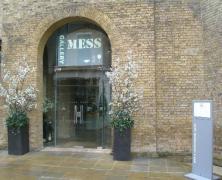 LONDON EATERIES – Gallery Mess, splendour and class right in the heart of Chelsea

LONDON EATERIES – Happy vibes and plenty of sides in The Happenstance

As a seasoned veteran of city bars I approached The Happenstance initially with some trepidation. I’ve worked in the City of London for a over 10 years and seen the profile change from the old days of city wide boys to the newer days of the arrogant young bucks snapping at each the heels of […] 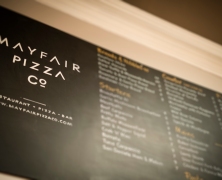 Just off Mayfair’s New Bond Street where designer shops are bountiful, there is an almost hidden little path named Lancashire Court which leads to to one of the cutest, vibrant and buzzing little Victorian paths in London.  Turning the corner into the path one is hit with an electric vibe from the crowd of Londoner’s sitting […] 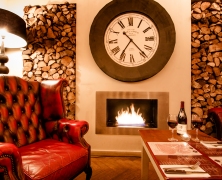 LONDON EATERIES – B-SOHO Cocktail Bar and Pizzeria, a great addition to the vibrant and lively streets of Soho

As we were strolling through the lively back streets of Soho on route to the Cocktail Bar & Pizzeria it gave us the opportunity to soak up that vibrant atmosphere the west end has to offer. This vibrant west end atmosphere was further intensified as the streets and bars were lined with football fans basking […]

Loch Fyne Seafood and Grill is nestled in the heart of London’s West End theatre district and a stones throw from the historic street of The Strand. The cute little road it is situated on has an array of bars and is right next to the Theatre Royal Drury Lane and Covent Garden.  Whatever your plans […]

We arrived at TGI Fridays in Piccadilly on a bustling Saturday evening, both Londoners and tourists were out in full force.  This particular branch is centred just off Leicester Square with it’s array of nightlife, so it’s a perfect to start for a fun filled night in the West End. On arrival inside the venue […]