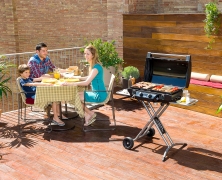 Living in London’s inner city can mean a lack of outside space, not everyone is lucky enough to have a garden and outside can simply be a patio or a balcony.  Even city folk love the outdoors and a small space should not stop you having fun, we discovered the Campingaz 2 Series Compact L BBQ […]

Start your morning the right way with Nespresso Inissia

For those who have hectic lives time is very precious.  Mornings are rush rush rush and a coffee is the perfect pick you up to start your day the right way.  Recently I discovered the Nespresso Insissia, not only does it have a red sexy design it takes the rush out of mornings by saving […]

On July 1st Popworld Birmingham will be the host venue for the first ever Abzfest.  This one night event will be the first of it’s kind, fans can sing Karoke with Abz, enter the Abz Awards and enjoy a 30 minute set from the birthday boy himself. For the first time in ten years Abz […]

Discover and be discovered at 22nd Raindance Film Festival

Calling all dog lovers, it is time for Pup Idol 2014

National Dog Charity All Dogs Matter Presents Pup Idol Saturday 12th July The Spaniards Inn, Hampstead Pucker up pooches – Pup Idol is back and bigger than ever!! Forget Crufts, every dog will have its day at Pup Idol, in aid of charity All Dogs Matter, the annual show where man’s best friend battles it […]

The Pearson Room – Waving the flag for the USA, classy cocktails and dining in the Wharf

Having spent many years working in Canary Wharf one becomes used to the sterile approach to dining that is offered around the Wharf. The only really notable exception being Roka.  However, I’m pleased to say there are now two exceptions. The Pearson Room brings a welcome classy, refined, traditional, but in keeping with the Wharf […] 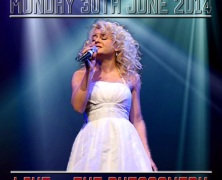 Sammie Jay has a voice that will give you shivers, her soulful tones always keep you wanting more.  Now you can see her on LIVE on stage on June 30th in Chelsea, at the Pheasantry, 152 Kings Road, Chelsea at 7pm. No entry fee, so come down for a fun evenings entertainment right in the […] 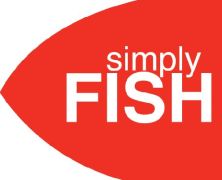 Simply Fish is a restaurant specialising in Seafood in the heart of the vibrant cultural hub that is Shoreditch, and sister to the more established restaurant of the same name in Camden. If the Shoreditch location wasn’t stylish enough, the restaurant is situated in the BoxPark which is a collection of 2 floors of converted […]

Adding ease and style to your British picnic

Picnics are amazing, beautiful weather, amazing company, great food and maybe the odd glass of wine or two.  We are a bit challenged when it comes to the British weather, which led me to seek how we can have a stylish picnic without to much planning for those days when the sun has got his hat […]

Ricky Rayment is known for being one of the popular stars of the award winning TV show The Only Way is Essex.  What is not known is that his beloved grandfather Richard Rayment suffered from Parkinson’s and sadly passed away in 2003.  It is the loss that has lead this good looking TV star to put his name […]